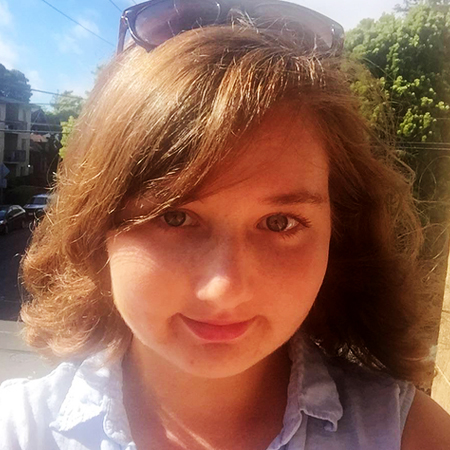 katywriteswords.tumblr.com
@KatyPool
AGENT
Alexandra Machinist
WRITES
YA Fantasy
PUBLISHING STATUS
In Revision
BIO
Katy is a lifelong Californian and unapologetic nerd. The daughter of a screenwriter, Katy has been writing stories since she could pick up a pen. She graduated UC Berkeley with a degree in history, focusing on the 19th century. She still lives in Berkeley, where she fixes websites in order to support a serious coffee habit.
EXPERIENCE
I come from a family of writers, so I’ve been critiquing other people’s work almost as long as I’ve been writing. In the last 2 years, I’ve also been part of an awesome critique group, and have helped hone their manuscripts, queries, twitter pitches, in-person pitches, and more. Many of these writers have gone on to sign with agents, and I’ve also critiqued queries for various contests and give aways.
OVERVIEW
I love stories that take on high-concept and commercial plots with a literary eye. Character is really king (or queen) for me, so send me a manuscript with a fascinating character who I will want to follow around forever, or a couple who I will root for from the second they meet on the page. If you love getting inside character’s heads and rummaging around and bouncing characters off one another, I’ll probably be interested!
MENTORING STYLE
I am pretty flexible and open to working with my mentee however they feel most comfortable. Ideally, I would read the mentee’s manuscript, send an edit letter with my revision suggestions, and have a skype chat to discuss any questions or areas that might need some extra brainstorming. I usually send a longer, big-picture edit letter and some light line-editing — I like to leave them to reinforce big picture edits by pointing out specific areas that may be contributing to issues. I would welcome the mentee to check in regularly via email to discuss progress, blockers, ideas, and any general industry questions (which I will do my best to answer, or point you in the direction of other resources if I can’t!)
I absolutely love discussing character and character relationships. I’m also a master plot un-sticker. If you need help paring down word count, I can be pretty brutal with cutting (I cut a manuscript down from over 140k to just over 100k so trust me — it can be done!) I see line-editing as part of the arsenal for addressing manuscript issues, so I’m not one of those “leave it to the end to make it pretty” editors — I believe a well-chosen word or a well-constructed sentence can make or break a scene, or even a storyline, and I won’t hesitate to point out where those things can be strengthened. Lastly, I believe one of the most important parts of being a mentor and critiquer is to make sure my mentee knows when something is working well, so I will always make sure to point out the things I LOVE about a manuscript.

IDEAL MENTEE
I want to work with someone who is a hard worker and who’s in this for the long haul. Someone who is open to suggestions and criticism, but doesn’t expect their mentor to have the answers to all their problems. If you are a slow writer and need to take your time with revisions, that is completely fine — I am too! If you’re the type of person who loves discussing process and craft, that’s a plus. And most of all, you need to be someone who is completely and totally in love with books.
Ultimately I see this as a friendly relationship, so I would want to work with someone who I get along with on a personal level as well. If I choose you as a mentee, that means not only do I love your manuscript, but I also believe in YOU as a writer, and I am invested in seeing you succeed!

FAVES
Books: SIX OF CROWS & CROOKED KINGDOM by Leigh Bardugo, ANCILLARY JUSTICE by Anne Leckie, anything by Kate Elliott, CAPTIVE PRINCE by C.S. Pacat, THE RAVEN BOYS (+ that whole series) by Maggie Stiefvater, AND I DARKEN by Kiersten White, THE LUNAR CHRONICLES by Marissa Meyer, PRIDE & PREJUDICE by Jane Austen.
TV Shows & Movies: Avatar: The Last Airbender & Legend of Korra, Rurouni Kenshin, Princess Mononoke, Veronica Mars, Parks & Rec
Off-genre and other stuff that might give you some idea of my general sensibilities: Hamilton, Human Planet, Check Please!
MSWL
Please send me your manuscripts with LGBTQ characters (I am particularly interested in settings where these identities are normalized, but send me any/all)
Manuscripts with characters with marginalized identities, particularly if they are #ownvoices. If you’re writing something like this that is not #ownvoices, I will expect you to have done your own extensive research, but I will also be happy to help point you in the direction of sensitivity readers and other resources
I’m obsessed with cities, so any manuscript that explores some aspect of urban life will catch my interest, whether the city in question is well-known or entirely made up.
Books with more than one POV, complex plots, and multiple characters to root for
Siblings, whether they love each other or want to kill each other (or both).
For that matter, any kind of intense or fraught familial or platonic relationships. I LOVE romance, and I think giving weight to other kinds of relationships can be just as interesting — and often can help strengthen a great romance!